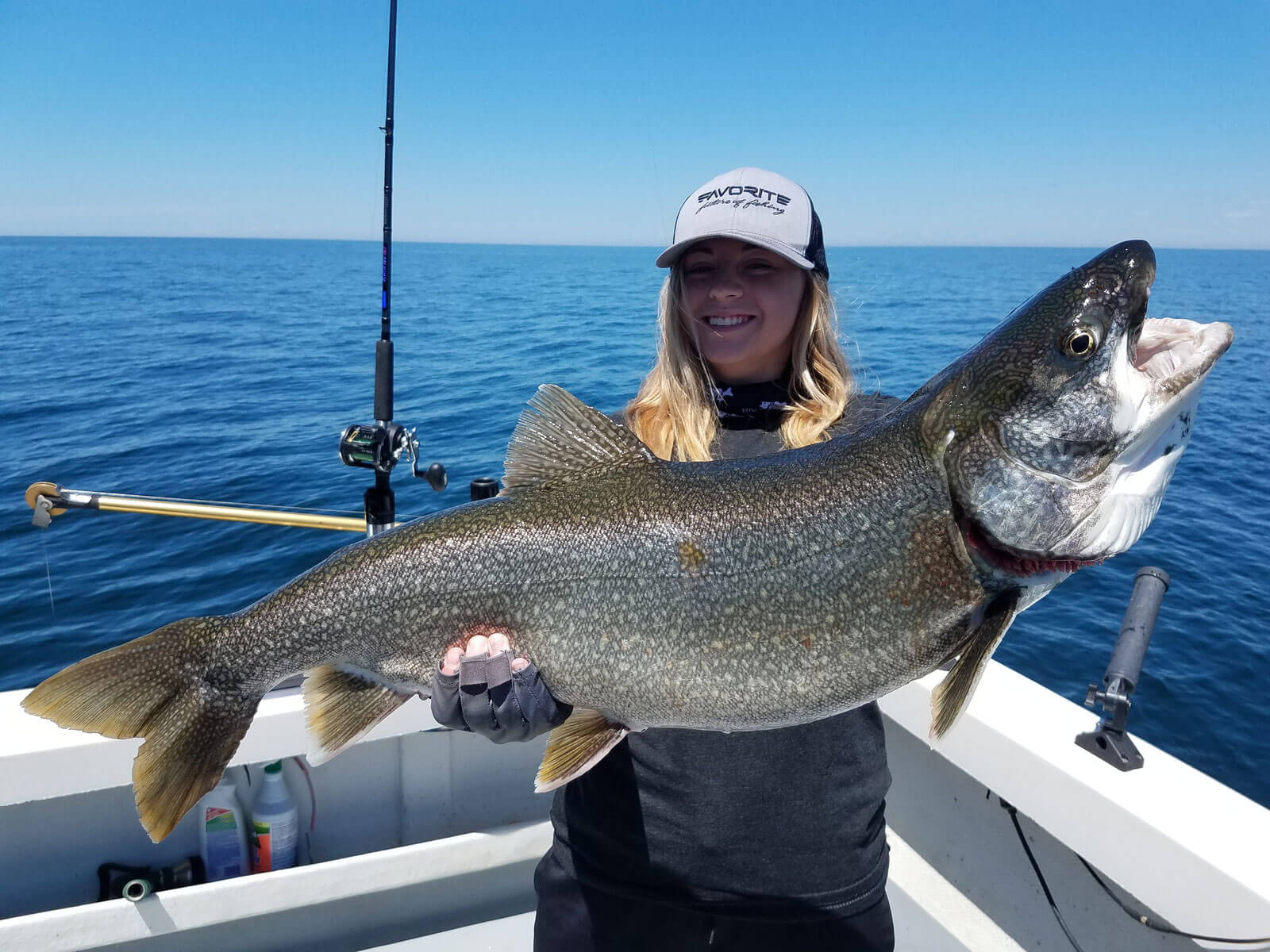 Lets just say the weather has stunk lately.  Every wind forecast has been wrong, and thunderstorms have either come earlier of later than they were supposed to.  Monday was slow with a few fish being caught on each boat.  We would have done much better if we weren’t fighting 5-7 ft. waves.  Not fun!  The high wind we got on Monday, wrecked the fishing for Tuesday.  The Brown Trout that we had been fishing for in 80 fow moved out to 140 fow and wouldn’t bite.  Our search for Salmon was unsuccessful also.  Wednesday, Thank goodness, the trout moved back in to 95 fow.  Still deep, but fishable.  When Brown Trout move out beyond 110 fow, they become a different animal.  They become very hard to catch.  Wednesday and Thursday, the fishing improved with Scott and his son Kyle, from San Diego, landing their 2 day limit of browns.